The season 1 intro features a voice over by Zadavia explaining the 2772 meteor that gave the Loonatics their powers. After her voice over ends it flashes to the logo and then the music becomes purely Instrumental guitar as the visuals show the Loonaics, their powers, and the year reaching 2772 in a counting fashion. Once the Loonatics are finished being showcased some of the season’s villains are showed panning back. Then finally it fades to the loonatics standing all together with the logo over them.

In the year 2772, a meteor strikes the city-planet of Acmetropolis, knocking it of its axis. This cosmic event releases supernatural forces unleashing a new type of hero…the Loonatics. 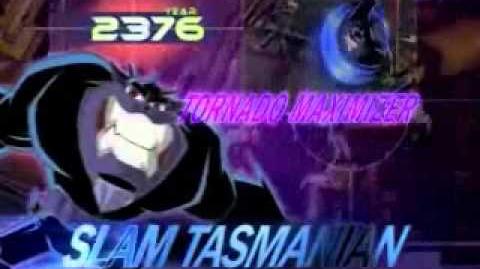